Medication Color Matters When It Comes to Adherence

Pills are available in all shapes, sizes and colors. But why? I began to wonder after a lunchtime conversation with a local Canadian pharmacist. He was about to appear on a television show to discuss the efficacy of drugs and how they are affected by color. Apparently, consolidations in the pharma industry have led to the consolidation in manufacturing of drugs. Medications that were originally yellow in one market, green in another market, were now yellow everywhere. Despite identical formulations, patients commonly reported that the new medications were different and did not have the same efficacy.

Amazing, I thought. But then I remembered a recent conversation my mother. She had complained that her statin recently changed color and she felt dizzy with the new pills. This complaint resulted in additional visits to her physician, additional tests and additional costs.

How could this happen?

Well in the continual battle for your dollars, the generics offer medications at lower cost, the brand names profess supremacy, governments allow pharmacists to make substitutions, physicians are educated and “enlightned” by pharma, advertising, rebates and incentives are prevalent and target not only our healthcare providers, but consumers alike. All these contrasting events affect which version of a medication you receive.

Going back over 20 years, studies have consistently shown that we associate drug colors with specific effects. In “Effect of colour of drugs: systematic review of perceived effect of drugs and of their effectiveness”, 1996, Anton J M de Craen, Pieter J Roos, A Leonard de Vries, Jos Kleijnen, a claim is made that once we’ve tricked our brains into making an association, it becomes real. The placebo effect comes into play and the drug is more effective.

Furthermore, besides color, shape and branding play an important role in the drug’s efficacy. In, “Analgesic effects of branding in treatment of headaches., Br Med J (Clin Res Ed) 1981., the findings showed that branded tablets were overall significantly more effective than unbranded tablets in relieving headaches.

A later finding showed that medication errors can be attributed to medication size, color and shape. “Medication errors are the single most common preventable cause of adverse events in medication practice and a major public-health burden with an estimated annual cost between EUR 4.5 billion and EUR 21.8 billion.” – European Medicines Agency (EMA), 2013. In verifying multiple prescriptions for a patient, if pills are the same size, color and shape, how could anyone possibly tell the difference?

Finally, it was demonstrated that the odds of non-persistence in patients increased by 34% after a change in pill color and 66% after a change in pill shape “Burden of Changes in Pill Appearance for Patients Receiving Generic Cardiovascular Medications After Myocardial Infarction: Cohort and Nested Case–Control Studies, 2014, Annals of Internal Medicine”. This revelation added that the characteristics of shape, brand and color all play an important role in not only the perceived efficacy of a particular drug, but in medication adherence as well.

In the world of medications, adherence and efficacy, size, shape and color do matter. 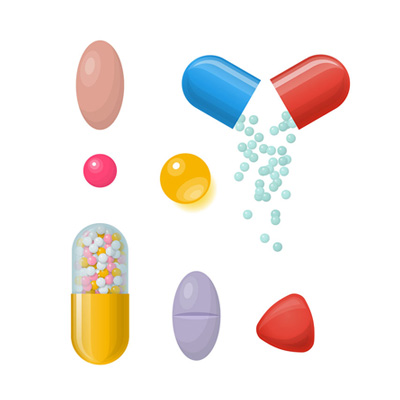